Given by the playwright Joan Solana for the creation of the musical parts of himplay Witches's eyes, the winning work of the October 2003 Theater Award.

The work places the action in the XVII century in Naples; The protagonists are Bandit Perot Rocaguinarda and Clàudia, a young woman with visionary powers that will be burned at the burning fire of witchcraft. 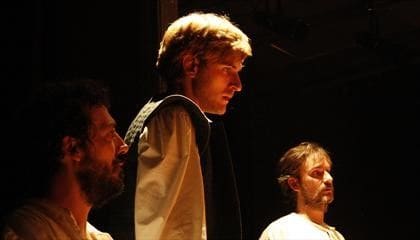 As the dramatic action takes place in Italy at the end of the Renaissance, I chose to do a music inspired by the Madrigals by Claudio Monteverdi and with traditional Catalan and Neapolitan music, along with modern harmonies. Joan Solana asked me to create music for only voices, that's why we have songs and choral parts all of them a cappella, without any musical instrument added.

We find in the work polyphonic choral parts and songs of own creation but with traditional character and of tavern, like Neapolitan or songs of bandits. 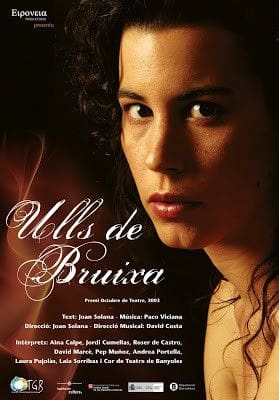 Argument of the work:

Spring of 1611. Catalonia. Perot Rocaguinarda, the famous Catalan bandit, is in bed with Clàudia, a girl who has visionary powers, a witch. They have made love. Claudia asks Perot not to ask for pardon, that he does not leave. To convince him makes him see a cut of the future.

Spring of 1630. Naples. Perot is now the captain of the troops of the King of Spain, who prepare for the battle of Mantua, against the French army. He also has to face the pressure of the nobles of Naples and attempts at rebellion. One evening, he receives a group of comedians, among them, recognizing a girl, who is called Clàudia. She asks to stay alone with her.

As of that moment, in a constant going and coming from 1611 to 1630, the characters and the spectators discover a time that is both future and past, where the traditions and complicities that make a bandit fight against him King of Spain in one of his collaborators; treasons and complicities that affect Clàudia's life, condemned by a witch and seized in the prison of Barcelona, ​​and the other Claudia, her daughter who, in a useless and suicidal gesture, stands before the man who did not want pay attention to her mother and that caused the misery of her family. 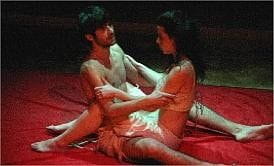 Work included in the show:
In 2012 I made an arrangement of the last part of the work, No. 12, for the grouping of female voices created specifically for the premiere of the show Water Nymphs. With this arrangement of Witch's Eyes, they began their show: 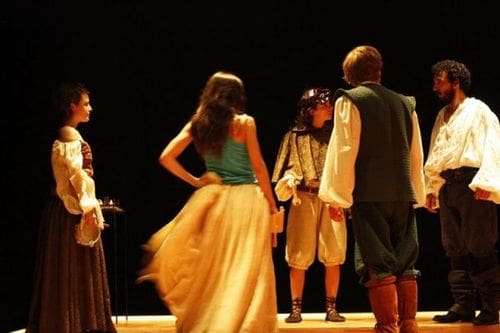 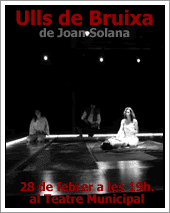