Work based in the last published book of Catalan poet Miquel Martí i Pol "Després de tot" of 2002, published by Proa Editorial, and International Poetry Prize Laureà Mela 2002.
I use 30 of the 38 poems of the book, and I make a tour through the world of mind and philosophical meaning of this book of poems,rather than poems I call this psychic thoughts of his soul. Deep visions of his complex and sensitive being. 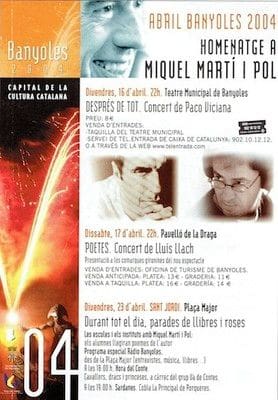 He couldn't come to the premiere because of health problems, but his widow, Montserrat, came always to all the shows of this work, according to her words, it was one of the best done with his poetic work. An honor.

The comission of my work, is born in town of Sant Gregori, near Girona. In poet's life, this town had a close link with him, making him read poems and writings many times, and municipal library bears his name. 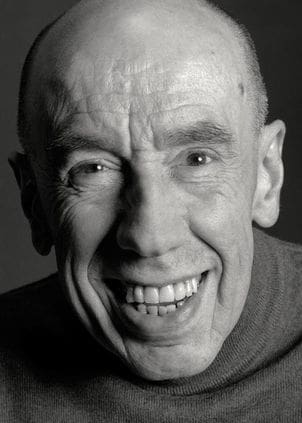 After success reached my preview work about poems of Federico Garcia Lorca, the City Hall of Sant Gregori decide to comission me a simile with the work of great Catalan poet. And I decided to do so, without knowing, it would be last published work of the poet.

So is born "Després de tot". 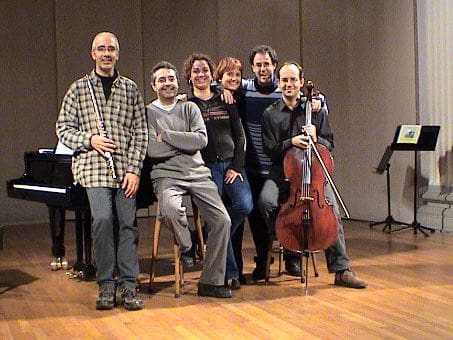 No time is not lost, and feeling well
Water always renewed and revitalized."
"From this I do not want me to stay
nothing more than a finger after Frisanco
and a light wind from the back of the eye;
the rest, in the end, does not interest me."
"It's so subtle stripe separating
light shade, I often confuse
and suddenly groping."
"What a double-edged knife, risk,
nobody knows where to wield it!"
"Quite often the challenge is silence
uncertain space that verse to verse,
question to question."
"A sheltered life I live and I still
Surprisingly humor proclaim it,
as one who does not want, in these verses."
"The secret is that there is no secret"
"Looking at life face to face is a
advisable and prudent exercise in
humility."
Work included in the shows: 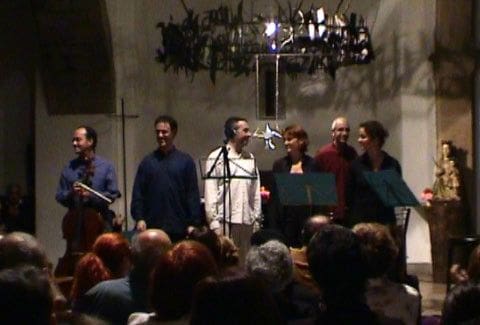