Ballet comissioned by Esbart Fontcoberta of Banyoles fantasy-themed between nymphs and humans. The action takes place in Banyoles in medieval time.

Year 1350, Banyoles is recovering from the plague. Some months have passed and the days become as before: full of work and conversations. And now and then: partying.
Isaura, a young girl of town, wishes that Dagobert, the minstrel, returns. First of all, because she wants him to be alive. Secondly, because she loves him. The people also want his return, he is the best explaining exciting stories.
That's why in his arrival all are samples of joy. Isaura is is full of joy and happiness. But a fear inmobiizes her: Does Dagobert correspond her love?
A good minstrel explains his feelings through metaphor of beautiful new stories built with old stones. He will entertain the people and talk to Isaura's heart.:
The story begins:
The nymphs from the Estunes are fascinating and seductive beings. Everyone who dares lieing in his palace fall in love with them.
The wind falls in the queen's spiderweb, Lliriblau,and shows her versitality anf force, in a hunted love manifestation. But Lliriblau rejects him and he remains only lament.
Dagobert will explain the story, and so, this way, he'll declare his love to Isaura, and both will end the show dancing toghether. 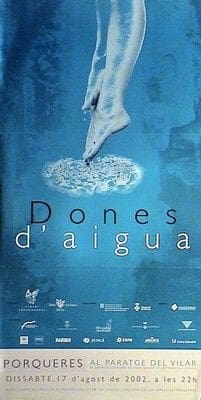 The first approach of the making of dramatic music, once I know the story, it is based in two opposite worlds, but linked in a subliminal way: the real world and the oneiric world. The first, with real characters of daily life, where happens a love story, and the second, with unreal characters from the fantastic world of fairies and elfs. 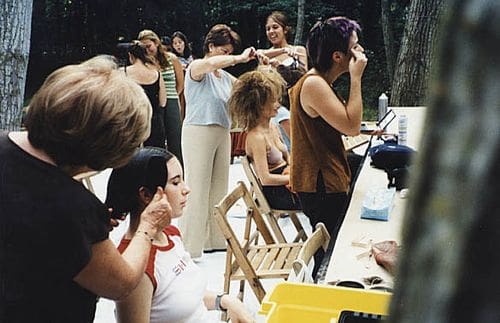 It is interesting that this structural duality of the plot has its parallelism in the musical creation of the show, creating own musical world and definitional of each of the two worlds. That is why the definitive instrumental selection of the show is essential to generate this duality.

On the other hand, the story travels between the two worlds, through characters and situations that repeat throughout the work, to which it needs to give a definitional musical respite, that is called “Leitmotivs” or “Theme”, definitional romantic technique in dramatic situations in musical works with a textual argument, as was the “Fantastic symphony” by Hector Berlioz (first historic example of the use of the Leitmotiv technique), the operas of Richard Wagner, or the symphonic poems of Richard Strauss among many others.

We shouldn't lose sight, popular origin of the text, and therefore its direct relation with catalan fantastic tradition. That is why the incursion both as some traditional catalan instrument as of the rythms and traditional catalan tunes is a forced fact in the definitive making of the music of the work.

The instrumental template falls directly on the weight of human voice, as a concept of the plot, so the Coral will explain us textually, sombolicly, the movement of the characters in different dramatic situations of the work.

Under this omnipresent choir we find an instrumental template made with a lot of care to give balance and own personality to each world of the tale, both the real world and the onieric world.

And so is born Water Nymphs.

These are the premise we have been working on Leo Quintana, the choreographer and I.

When I created a new musical number, I showed the music to Leo, and if he approved it, I recorded it with the keyboard and I handed it him, and so I could start to make the choreographies and put them into practice with the dancers, while I continued composing. 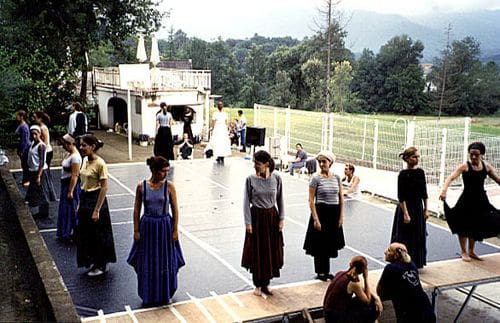 Once I finished the whole music (more than 80 minutes!) we finished all the process, and while Leo and the flock already had the whole material they needed to create and put on stage the whole show, I started to manage and organize the musicians that participated in the final recording of the work.

I remember the essays and the recording sessions with pleasure and at the same time a lot of tiredness, as we are talking about essays, recordings and mixing, in more of 35 days at 12 daily hours as average to let everything ready. Besides, we had to coordinate all the management of spaces, both in the essays as especially the recording sessions, which weren't cheap, and at the same time I couldn't forget the whole musical material I had in hand, that was a lot.

The product was worth it.

Water Nymphs was premiered on a stage created especifically for the outdoor event, next to the geographical phenomenon which originated the plot of the work: the lake of Banyoles. 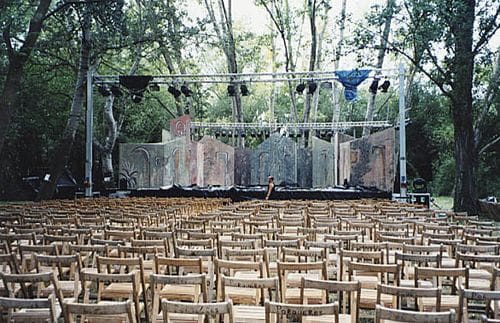 In the final script of the work, I eded up creating the few lyrics to sing, and we also had the colaboration from playwright Joan Solana, who inspired in original tale of Frederic Corominas "La goja de Banyoles" he ended up reciting the same text he had created during most of the performances of the show.

Later I did an arrangement for voice and piano, and for female choir, violin and piano of the part of the ballet I call "Love", the moment the two characters silently declare their love. And the arrangement for piano The first kiss. 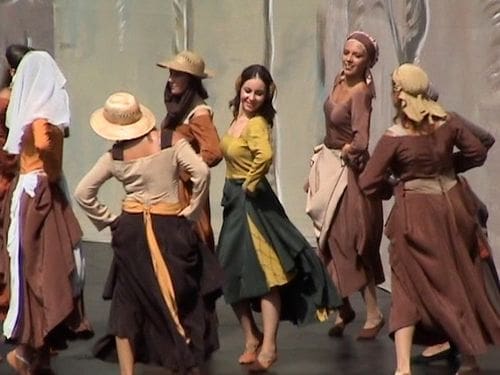