Theme included in the record work Iris, project commissioned by the singer Alícia Calzada in 2009.

A work tailored to its voice with 11 songs in Spanish, texts, music and arrangements created specifically for me and adapted to the timbre and the particularity of the voice of this original singer of Sant Feliu de Guíxols.

Iris is the name of the daughter of Alicia Calzada and Joan Cullell, that's because the CD is called like this. And so this subject was special for this production, it had to talk about what she felt for that new wonder in the form of sweet look that vibrated at her side since 2005 and was then only 3 years. Iris.

At that time, my daughter was 7 years old and my oldest son 12, so they had abandoned long ago that especially tender age that are the first 3 years of life, and which have always fascinated me. Those years we have a particularly tender and powerful voice that after we lose.

That is why this topic speaks of the instinctive fact that we humans transmit innately, only with the contact of bodies, from generation to generation. We say something authentic, deep and lasting, only with the contact between skins and the first sounds we transmit. What we rarely know how to define verbally and that I lived it when my children went through that tender and sweet time of their first years of life, so I only had to remember and then I would find the feeling I wanted to convey

The sweet voice that sounds twice in the song is from the same Iris. We made her come to the recording studio and we got these wonderful sounds that sound on the subject.

Tenderness and wonder, transmits this theme. 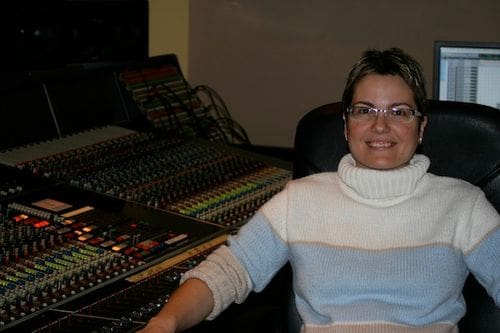