In 1994 while playing in the group of habaneras "The voices of Besalú", I get from this grouping the commission to compose a new habanera for them using a text that was sent to them for such purpose.

The lyrics was of pacifist character, and related the fact of a person who decides to abandon the absurd of the war in favor of the peace deserting of the war of Cuba. So far all normal. I did the music, and we carried it in our concerts live with the group of habaneras that I have already mentioned to you.

The curious thing begins when in some towns, like Constantí, in the province of Tarragona, among others, the inclusion of this piece in our repertoire generates adversity and they ask us to remove it. In this case the mayor of the city had to interfere in our favor to sing it that night. And it's that the conservative or Spanish branch of the country felt offended by this letter, because of its Catalanist and pro-independence character, I suppose. As you may suppose this led to propaganda on the subject, and so we nterpreted it with much expectation over the years. 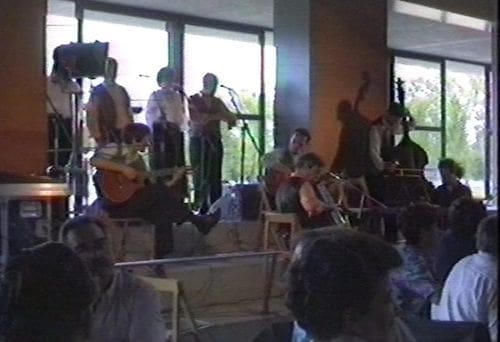 The great paradox comes when, after a few years, I already retired from the activity of interpreter of habaneras, I get home a new letter that the author had made to change the original of this topic, and this one would leave the ultra conservative branch of the country happy, since it even had pro-Franco character. I quickly contacted my musical editorial to stop this nonsense, and Mr. Picas, the author of the old and new lyrics, stopped it. Curious, isn't it? A lyric that had unleashed the anger among the conservatives, and it turns out that the author was more conservative than all of them, and I use the term conservative to try to be educated.

The theme begins in habanera and ends in a high end with the rhythm of sardana, under the suggestion of the good friend and director of the habanera group of Besalú during his best years, José María Bassols.

As a curious anecdote I will tell you that in this recording of the subject they allowed me to sing in a small section (... say no Catalans!), and maybe you will understand why I never sing my songs, since I haven't been gifted with a lucky voice.

L’Avi Quim no va anar a Cuba.
Cuba és terra de valents.
No volen ser més d’Espanya,
volen fer-se independents.
Què se’ns ha perdut a Cuba?
Perquè hi hem de dar la sang?
No us mogueu, no, fills del poble!
Digueu que no, catalans!
L’Avi Quim no va anar a Cuba
no volgué fer-hi el soldat.
Cuba és una terra lliure,
té dret a la llibertat!
No us embarqueu cap a Cuba,
que hi vagin els de Madrid.
Nosaltres, mar i muntanya
i una rosa al mig del pit.
L’Avi Quim no va anar a Cuba,
preferí ser desertor.
Qui deserta de la guerra,
porta la pau en el cor.
Pau aquí i pau a Cuba,
pau, progrés i llibertat!
Aixequem-ne una bandera
al bell cim de Montserrat.
Visca, sempre, Catalunya,
i el bon Déu, que ens l’ha donat!
Grandpa Quim didn't go to Cuba
Grandpa Quim didn't go to Cuba.
Cuba is a land of brave people.
They don't want to be more Spaniards,
they want to become independent.
What have we lost in Cuba?
Why do we have to give the blood?
Don't move, no, children of the town!
Say no, Catalans!
Grandpa Quim didn't go to Cuba,
he didn't want to do the soldier.
Cuba is a free land,
he has the right to freedom!
Don't embark to Cuba,
that those of Madrid should go.
We, sea and mountain
and a rose in the middle of the chest.
Grandpa Quim didn't go to Cuba,
he preferred to be a deserter.
Who deserts the war,
brings peace in the heart.
Peace here and peace in Cuba,
peace, progress and freedom!
Let's raise a flag
on the top of Montserrat.
Long live, always, Catalonia,
and the good God, who has given it to us!
Grandpa Quim didn'd go to Cuba (4'10):
from Cd Each voice a kiss (1996)
Score in pdf: