Symphonic poem divided into five parts, based on a real fact that happened in the town of Sant Joan de Ripoll (later Sant Joan de les Abadesses) during the eleventh century. A struggle of power and ambition unmeasured against the accused who was the last abbess of the monastery, Ingilberga, by the Count of Tallaferro (Besalú), who even went to Rome to generate a Papal Bull against her and the rest of the abbesses by unfounded causes of immorality, and this forced to dissolve the monastery in 1017. An injustice clarified only a few years ago, after investigations by historians and understood people that with this musical work we rescued to dignify people damaged by history. 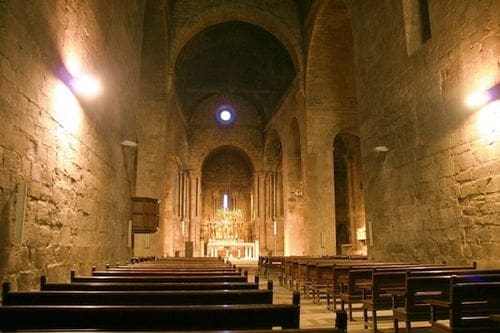 Ingilberga, daughter of Count Oliba Cabreta of Cerdaña and Besalú, one of the main characters of the birth of the Catalan nation, and Countess Ermengarda, is born in marriage illegality.

Ingilberba is a bastard. This circumstance causes that when the Count Oliba dies in Italy, some of the legitimate brothers of this one fight to appropriate of what he had given to Ingilberga before leaving its land: The Abbey of Sant Joan de Ripoll.

Ingilberba very young (10 years approximately) is seen future responsible of this Abbey, an age too tender to sacrifice to God. The Count Tallaferro of Besalú (brother of Ingilberga) with others, make a plot of lying insults about the honest reputation of the Abbey, which is already under the orders of Ingilberga, treating her as a prostitute and calling the Abbey as a brothel.

They make a trip to Rome, and convince the Pope (toghether with a monetary reward, for sure) to destroy definitly the Abbey.

Later, it passed into the hands of the son of Tallaferro, having a very short duration as an Abbey and falling into decline precipitously.

The villagers of that time, knowing of these false accusations, decide to do justice to the dignity of the abbesses and Ingilberga among them, and call their city as we know it now: Sant Joan de les Abadesses.

After an introduction full of harmful premonitions, the theme of Ingilberga begins, tender and soft. Later, a portrait of the youth of Ingilberga, vital and charming, like all the youth of the world, but constantly cut by his obligations, and especially by the ecclesiastical obligation. Then, we witness the vile collapse of his inheritance, the sinking of the Abbey. Hard passage, impregnated with grudges and envy. The relatively happy ending of the Abbey's resurgence doesn't have to make us forget all the bitter moments that the protagonists had to live.

In the end, a story of a History of Catalonia, of a nascent Catalonia, but like all nations and peoples, full of ambitions.

With this music I want to support all the people battered by history. Accusations that haven't yet been redeemed at the moment.

And I also want to support simple people who walk without highlighting too much, and who surely do, have made and will make more country than the "great citizens."

For all of them. 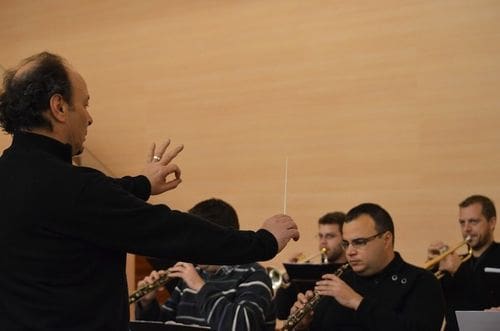 This work after I created it, in 1992, had a road full of obstacles, since I made it to present it in a contest of composition in Sant Joan de les Abadesses that didn't finish being chosen, reason why it was forgotten. And many years later, in 2011 (almost 20 years after its creation) I released it to my friend and collaborator Jordi Molina, who used it on a recording and was able to be born.

As a result of this recording, the City Council of Sant Joan de les Abadesses learned of its existence and generated the summer of 2012 a cycle of conferences and concerts around the time that narrates the work, and Ingilberga could be released to his villa, so that after 20 years, the work returned to the city that had seen it born and which had been a source of inspiration. Happy ending!

The writer Maria Carme Roca wrote the novel "The Outcast Monastery" in 2008 (Columna Edicions) inspired by these facts.

The symphonic poem is divided into five parts: