238-Memoirs of the exile

A song of hope.

Memoirs of the exile is born as a sequel to the work Companys president of 2002.

What stimulates the creation of Companys president is the discovery of a fact hitherto unknown to me which is the exile of 1939. In that work of 2002 I know the letters of Lluís Companys, last president of the Generalitat of Catalonia before the defeat of the legitimate government of the second Spanish republic.Letters written before his execution by the Francoist troops in October 1940. These letters strike me deeply:

"To all who have wronged me I forgive; To all who I have been able to wrong, I ask forgiveness. If I have to die , I'll die peacefully. It is neither in me the shadow of a grudge. I'll give thanks to God that he might have attempted a death so beautiful for ideals. He has wanted this fate, and I still owe him the gratitude of this placidity and serenity that fill me when I think of death, which I see approaching without fear. My smallness couldn't expect a more dignified end. For Catalonia, and what it represents of Peace, Justice and Love." 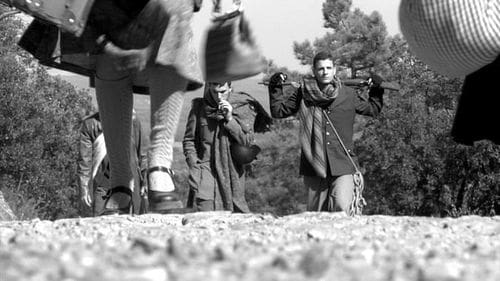 Throughout the years following the creation of Companys President, I continue researching, reading books, articles, viewing documentaries, films, taking from there where I could all the information that I needed to expand the knowledge on this transcendental time, and surrounding me with specialists in the matter, everything to know more about the exile of the 39. Until I know the facts of the maternity of Elna, and then I decide to put music to the whole odyssey of pain that meant that exile to the desperate for more than half a million Catalans and Spaniards fleeing Francoist barbarism.

On a trip to the maternity of Elna, I made contact with who was then the mayor of this town in the south of France, and son of exiles, Nicolás Garcia. He makes me know a book that will end up being, along with many other historical documents and documents, the marrow of the oratory: the book of Remei Oliva: Exodus, edited by Viena Memoria in 2005.

And so this work is born.

Memoirs of the exile,speaks of anonymous suffering of an entire folk. The struggle for life against hunger, cold and terror. The exiles were part of the border, an imaginary line that became prisoners because they receive hatred and contempt from both sides of the Pyrenees. A work of collective memory to be proud of where we come from; a desire to fight apathy and discouragement in seeing these amazing and strong spirits that have left their mark on our memories and at the same time they illuminate a hopeful future.

The protagonist of the work says:

“At the border crossing, after understanding what it wanted to mean this, a look back, and the heart broke into a thousand pieces."

And the choruses along with the solo singer finish the work saying:

"Our stories will reborn. They are our legacy to a hopeful future. This will change someday. And then they will look back and find us undivided and dignified. Proud of having fought for the freedom of nations, as it has always done humble people.For Liberty. Someday ... not far away. "

A song of hope. 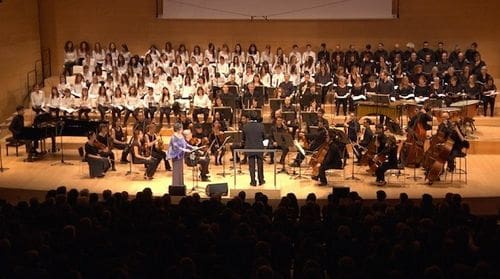 The work was premiered at the Auditoriym of Girona on December of 2014 at the show A look back (2014).

Below you can listen the sound file of the premiere, with a selection of each of the numbers of this oratory:

3) Child shoes on the snow

4) On the other side

6) The maternity of Elna