Enjoy today. It's later than you think.

In 2002 Imma Pascual, directress of many gerundense chorals, friend and collaborator, asked me to do a work for amateur chorals with reason of an act celebrated in La Bisbal d'Empordà for finding resources for the Leage Against Cancer of Girona.

I gathered some breathtaking quotes I had in a compilation book in my library, as: Life is what happens while you are bussy making other plans, quote by John Lennon which I didn't use, but I always take with me. 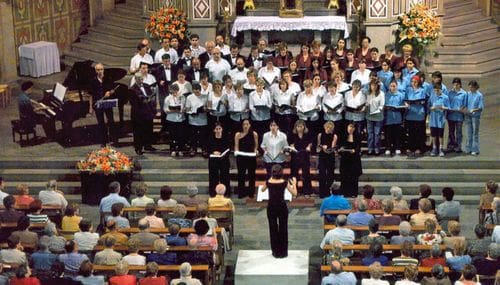 Out of this book I selected some of this quotes because of its optimistic and vital properties, and about them I created the musical work.

The day of the premiere of the work, in La Bisbal d'Empordà, they prepared the auditorioum for that night, reading them once in a while, during the concert, the quotes which had to be listened at the end of the concert, as "Heart Waves" was the last work of the night. So when we finally interpreted the work, the auditorium was very predisposed to the possitive message the proposal oozes, and so we ensure an emotive and successful blast. Think about that most of the people that night, were afected people, direct or undirectly, b this terrible illness Cancer is, so that emotions were skin deep. An un forgettable night. 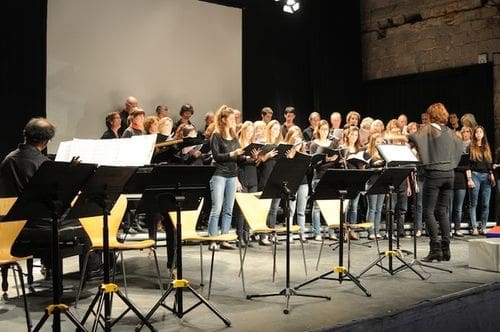 Making the work with the choir Geriona

The work has had always so much success that I have made many versions out of it, included a version for a symphonic Orchestra premiered in the show "A look back" in 2014.

Texts of the work:

“There is only one thing as unavoidable as death: life.” Charlie Chaplin

“Many study the way to lengthen life, when what you have to do is enlarge it” Luciano de Crescenzo

“The world is a rose, smell it and pass it to your friends.” Kurdish proverb

“Enjoy today. It is later than you think.” Chinese proverb

“Even if I knew that tomorrow the world would go to pieces, I would still plant my apple tree” Martin Luther King 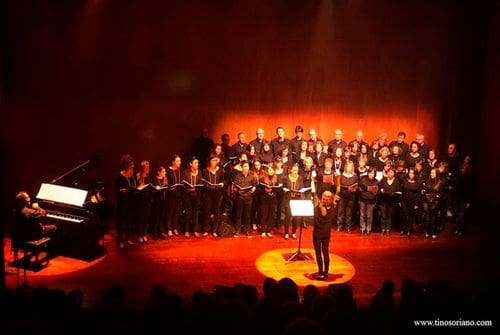 General essay previous to the premiere of the work, Auditorium of the school music of Torroella de Montgrí, March 2003.
Score in pdf (original version for flute, piano, mixed choir and childrens choir): 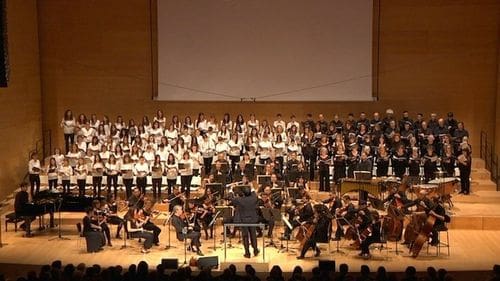