You show him a flower. 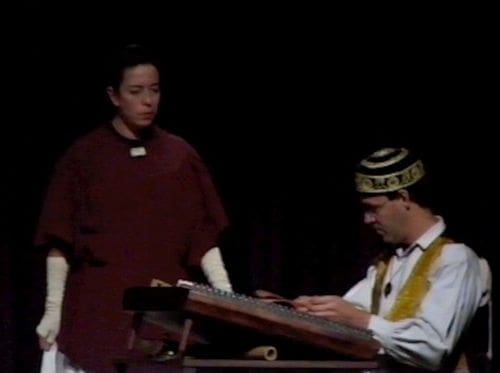 Show Imaginary Journeys
I made the four compositions about classical Japanese poems called Haikus, poetic style I discovered at that time and which I have used in many occasions, as now in the show Lake or in the song Midday's Haikus.
In particular this work is inspired by a poem by the poet Seifu-yo, known as Enomoto Seifu Yo, Japanese poet of the early eighteenth century.
The Haikus consist of small poems of very few verses that portray in a subtle and sensitive way moments of poetic contemplation towards nature.
The instrumentation of this work is for three voices.
Later I agglutinated this four works in one, calling it Four Haikus, for youth choir.

Work included in the shows