The Young Orchestra of Banyoles in 2003 asked me to do a work directed at them. Then I thought of doing a double pedagogical work, on the one hand I thought a pedagogical work in the musical field evidently, adapting myself to the level that I asked for the orchestra, and adding pedagogical elements like curious harmonies, elaboratet counterpoint, unusual rhythmic proposals, articulations and elaborated dynamics and a belled approximation of the original instruments, always thinking about them and not surpassing the level that they asked me to. And at the same time I wanted to do naturist pedagogy, since I got in touch with the Nature School of Banyoles and I was guided by specialists in the subject to make a work approached to the sounds of the birds that we have near the Lake of Banyoles, for which it had to be pedagogical in two senses.

After studying all the possibilities that I had within my reach and studying the native fauna around the Lake of Banyoles, I decided to use 6 of the birds characteristic of this natural environment: the mallard, the kingfisher, the black-winged stilt, the coot, the cattle egret and the great tit. And with all these elements I created the work.

Each part that portrays one of these birds is divided into two parts, the first part is called "effects", because with the string instruments is attempted to mimic the natural sounds that characterize each bird, and then comes the turn of the actual "piece" of each bird. Before of each part, the original sound of each bird is reproduced on a speaker, and then the "effects" and the "piece" of each bird are interpreted. And to finish everything, the work is started with a prelude and finishes with a vital end "a tutti" where each section of the orchestra has a protagonist musical part.

The day of the premiere was also used a large screen where they projected the drawings of each of the birds that participate in the work: 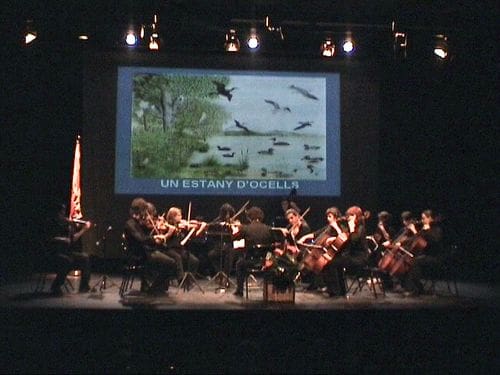 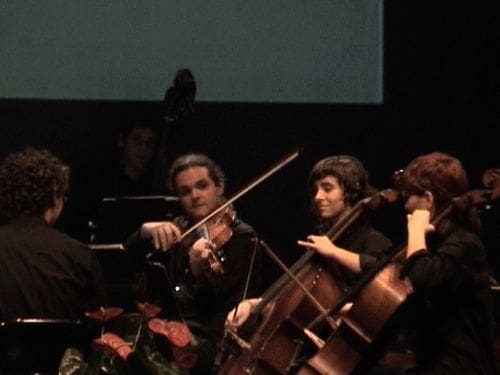 The parts of the work are as follows: 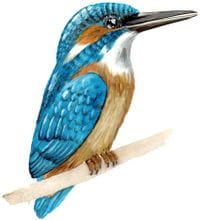 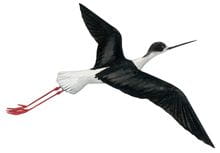 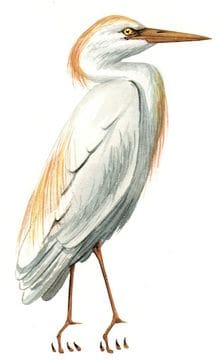 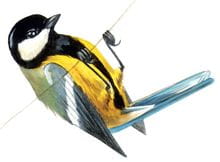 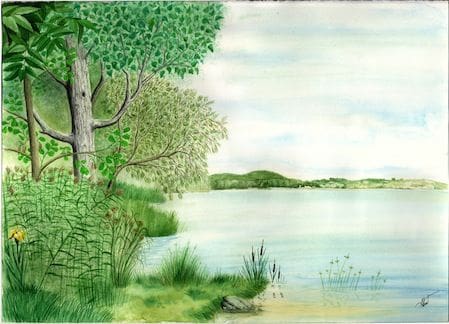