Here they are the three wise men in Banyoles.

In 2001, the city of Banyoles launched the remodeling of the traditional Parade of the Three Wise Men which is celebrated every year on the night of January 5, according to the Christian tradition where three wise men distribute gifts to the children of the world.

And for this reason I was asked to make a song of easy memorization to sing in the streets of Banyoles during the cavalcade of January 2002, and for this purpose I composed this theme. 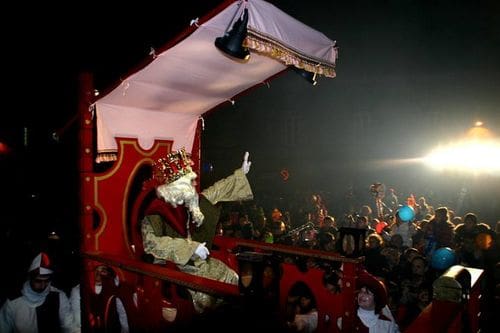 Cavalcade of the Three Wise Men at the streets of Banyoles

At first, I created a single stanza, the first one, and over the following years I made a second stanza seeing the success achieved by the piece.

Since then this piece is taught in the schools of Banyoles to sing during the Cavalcade of the Three Wise Men every magical night of January 5th.

The sound file is played by my son Aniol Viciana, who was then only 6 years old.