Second show commissioned by the producer of children's and youth shows ATOT and Juventuts Musicals de Catalunya. The first show I was commissioned to do was Entre poc i massa about a story by Miquel Desclot in 1998 and then came La nit del Llamp.

About this story of Feliu Formosa we build a narrative model for children with two percussionists, a piano and a narrator of about 50 minutes, and divided it all into 32 musical parts.

The Lightning and Cristina Cervià

The musicians that premiered the show in the Auditorium of Barcelona, we took the show to many theaters throughout Catalonia for several seasons. The artists participating in the premiere of the work were: in the role of percussionists Alfred Demestres and Cidones Trindade, the latter friend and collaborator in many other works of mine, and was a powerful value in the role of narrator of the actress Cristina Cervià. With a server in the role of pianist. 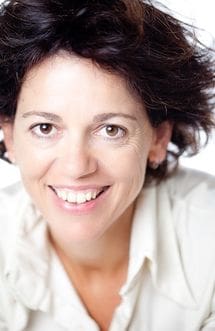 An unforgettable experience to see audition after audition this audience as demanding as the small public is, enthusiastically receiving the different characters who were weaving the story around the Lightning. Unforgettable.
Work included in the show La nit del Llamp (1999)
La nit del Llamp (26'35):