First theme of the 2001 album Glimpses.

The work starts with a pianistic section of virtuosic character and, before entering the exposure of the main melody, it delves into a section of musical environment let's say poorly defined, as suspended in a musical cloud, with much improvisation by interpreters. When the main melody starts, proposed by the piano, we find an impetuous topic, vital and cheerful, of a markedly rhythmic character with predominance of drums and percussions. Then the guitar, the accordion and the bass propose new melodies, and before returning to expose the initial melody of the theme, we begin a wheel of improvisations where each instrument has its time role, included drums and percussions. The work ends with the re-exposure of the main theme, recovering again the cheerful and vital character characteristic of the work. 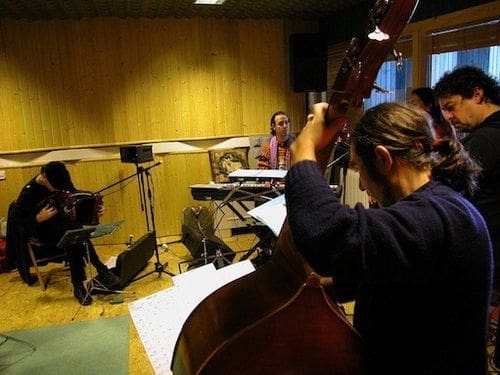 Later I made a reduced version for piano solo of the theme, created specifically for the show Humans, with number 13 in the show, called The humanity who enjoys.