10 movie characters and a prelude.

Work composed specifically for the homage concert to Wojciech Kilar, polish composer of movie soundtracks as "Dràcula" of Francis Ford Coppola, oi "The pianist" of Roman Polanski among more than 100 soundtracks from his catalog.

The homage concert to polish composer was attended in the room by the composer himself, October 20, 1997 at the auditorium Narcís de Carreras of Girona. 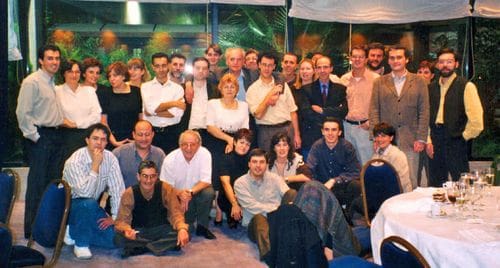 With Wojciech Kilar and the whole team that organized the acts

The Nickelodeons are mashines that still exist in some theme parks, that for 1 nickel (5 cents) they let you see a short fragment of a film. A little moment for fantasy.

I have exracted versions of different parts of the work for other instrumental groups: 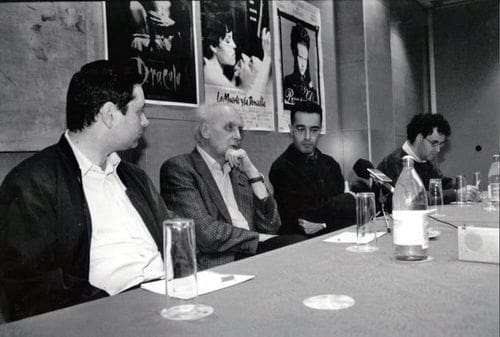 The work consists of 10 musical portraits of emblematic characters of the worlds of cinema and a prelude:

Concert at the auditorium Narcís de Carreras of Girona on october 25, 1997