Literary and musical proposal, premiered on April 5, 2014 at the Cloister of the Cultural Center of La Mercè of Girona.

With Elena Martinell as a singer and rhapsode within the framework of the MOT Festival in Girona to accompany the reading of the following authors of fantasy literature that they read their texts themselves: 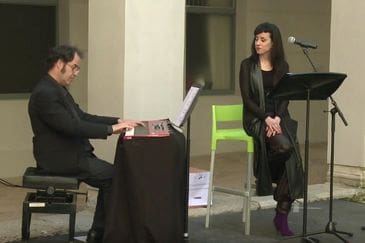