Show premiered on December 19, 2014 in the Auditorium of Girona.
Macro show for orchestra, rapsode, chorus and vocal solist with more than 160 musicians on stage and audiovisual projection on big screen, about the historical events of the 1939 republican exile in Catalonia. 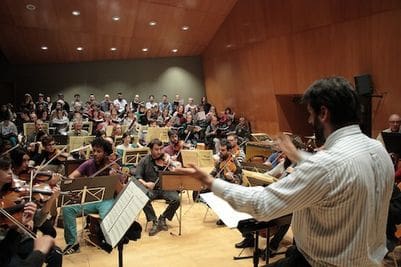 A project of historical memory to understand the reality of Catalonia today. A symphonic poem created from witnesses and experiences of the period. An attempt to ascertain human potential that has preceded us. 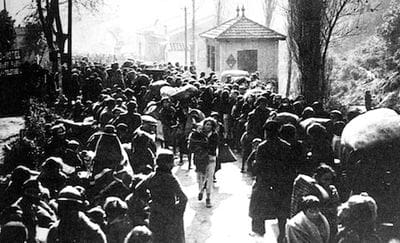 During the winter of 1939 who had fought for legitimate freedoms granted by the urns to the Second Spanish Republic had desperately fled the country because of the imminent victory of Franco's troops in Catalan territory.

More than 400,000 people, civilians, soldiers, children and elderly crossed exhausted through the frosty frontier between Spain and France and some of them did not return anymore.

The hasty escape generated rivers of people roads. Frightened faces, blank eyes and minds, and in shock marched northward. It was as if a whole country withdrew quietly.

A quite dramatic show. On both sides of the roads, abandoned and damaged cars. Baggages, bundles and mattresses and all kinds of abandoned objects were a terrifying sign of the catastrophe. And, closer to the border, the crowd of people increased.

This was the preamble to World War II; the world was warned of the Spanish Civil War that totalitarianism was capable of. What followed next is history. 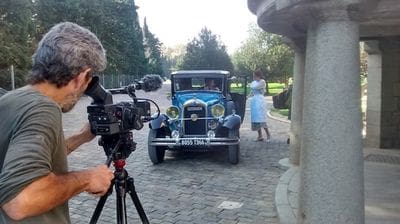 To remember the events of 1939 and pay tribute to the fight for our freedoms, conducts the premiere of my three works for orchestra, soloists and chorus: Homage to Catalonia, Companys president (Exile 1st part) and Memoirs of the exile (Exile 2nd part), three works created specifically for the event and inspired in texts of the time, under the historic advice Enric Pujol.

The work starts the premiere Homage to Catalonia, is an orchestral piece inspired by the book with the same name by the English writer George Orwell, who fought as a militiaman on the republican side during the Spanish Civil War. It focuses on the sad failure by the large number of political parties of the time to make a common front against Franco, the preamble to the fall of Catalonia, and the show acts as a prelude to the two major works of the concert's program:

Companys president (Exile 1st part) and Memoirs of the exile (Exile 2nd part), the two works together form an exciting story, inspired by historical archives, the way trip without many Catalans outside the borders. 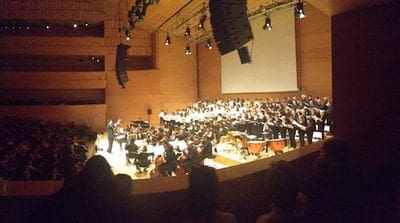 Companys president, inspired in recent letters written by Lluís Companys (the last president of the Generalitat of Catalonia before the dictator Franco in Catalan territories came) days before his execution and pays tribute to him: "If I have to die , I'll die peacefully. It is neither in me the shadow of a grudge. I'll give thanks to God that he might have attempted a death so beautiful for ideals. My smallness couldn't expect a more dignified end. For Catalonia, and what it represents of Peace, Justice and Love. "

Memoirs of the exile speaks of anonymous suffering of an entire folk. The struggle for life against hunger, cold and terror. The exiles were part of the border, an imaginary line that became prisoners because they receive hatred and contempt from both sides of the Pyrenees.

The death surrounded them; some for years and many others were within days of agony. This was reality: the concentration of thousands of people in inhumane concentration camps in southern France amid scabies, lice and misery, attacked by sand and windstorms by the sea. A scenario that was no celebration for the birth of a child, rather it was the greatest of vulnerabilities. 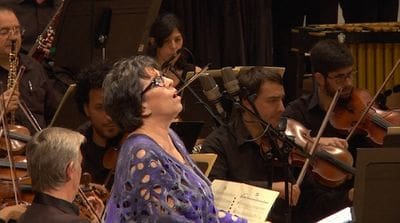 And amid this darkness there is one glimmer of hope: Elna's maternity, motherhood for women in the camps. Elisabeth, directress, of Swiss origin, was a young woman with a deep and silent maturity who protected pregnant women that were searched by soldiers. The protagonist of our story, after so many years and so many accumulated experiences, is convinced that the place was magical and it was a miracle she could bring her child's life surrounded by love. Because, after all, it is possible to believe again in humanity. 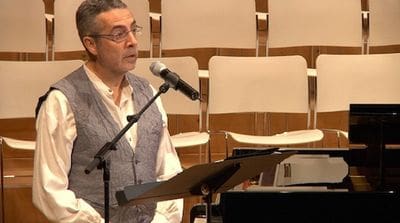 A look back is an act of collective memory for being proud of where we come from; a desire to fight apathy and discouragement in seeing these amazing and strong spirits that have left their mark on our memories and at the same time they illuminate a hopeful future.

The singer soloist of Memoirs of the exile ends the work saying: "At the border crossing, after understanding what it wanted to mean this, a look back, and the heart broke into a thousand pieces." And the main character ends saying, "Our stories will reborn. They are our legacy to a hopeful future. This will change someday. And then they will look back and find us undivided and dignified. Proud of having fought for the freedom of nations, as it has always done humble people.For Liberty. Someday ... not far away. " 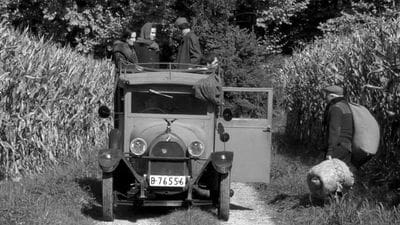 Audiovisual Quim Paredes for the show
The project used crowdfunding platform Verkami. Reaching to raise the proposed 6.000€, just a few minutes before the time was off, infarct. You can see the website of the project: A look back in Verkami.
Previously to the premiere of the show I organized a series of activities in Darder Museum of Banyoles, to warm things up and broaden the information on the facts that relate to A look back: 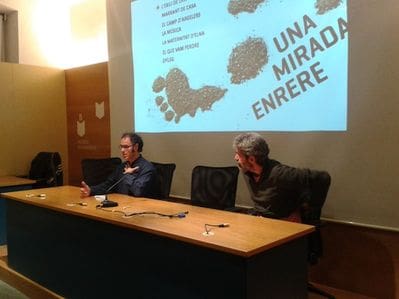 Presentation of the documentary A look back
Program:

Cd A look back 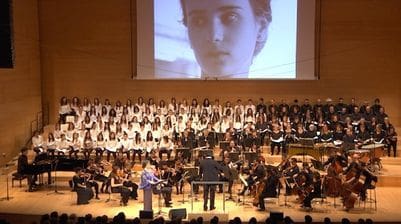