Concert premiered on 8 June 2005 at Pub The Ateneu of Banyoles.

To raise money for the victims of the tsunami that just months ago devastated Southeast Asia (through Banyoles Solidària), I organized this intimate concert in the pub The Ateneu of Banyoles, where like his brother concert before Music for the waves 1 (2002), I use my series of pieces for solo piano created specifically for the program presented by Martin Gironell in Catalonia Radio "El pont de les formigues" . 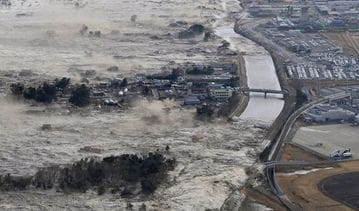 The tsunami in Southeast Asia - December 2004

This series of works called "Instantaneous Music", a set of 90 pieces created and performed specifically for me in the radio program from Catalonia Radio and intended to be issued by the waves in his first interpretation.

In this particular concert pieces were recovered from number 21 to 40 in the series.

Program:
Instantaneous Music (from number 21 to 40):