Show premiered on August 17, 2002 at Vilar Place of Porqueres (Girona).

Water Nymphs is a ballet comissioned by Esbart Fontcoberta of Banyoles fantasy-themed between nymphs and humans. The action takes place in Banyoles in medieval time. 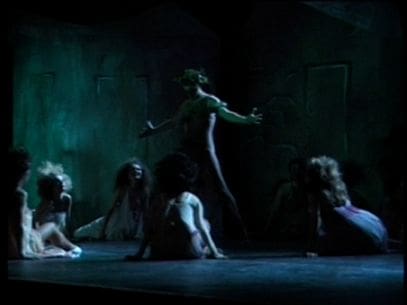 Year 1350, Banyoles is recovering from the plague. Some months have passed and the days become as before: full of work and conversations. And now and then: partying.
Isaura, a young girl of town, wishes that Dagobert, the minstrel, returns. First of all, because she wants him to be alive. Secondly, because she loves him. The people also want his return, he is the best explaining exciting stories.
That's why in his arrival all are samples of joy. Isaura is is full of joy and happiness. But a fear inmobiizes her: Does Dagobert correspond her love?
A good minstrel explains his feelings through metaphor of beautiful new stories built with old stones. He will entertain the people and talk to Isaura's heart.

The nymphs from the Estunes are fascinating and seductive beings. Everyone who dares lieing in his palace fall in love with them.
The wind falls in the queen's spiderweb, Lliriblau,and shows her versitality anf force, in a hunted love manifestation. But Lliriblau rejects him and he remains only lament.
Dagobert will explain the story, and so, this way, he'll declare his love to Isaura, and both will end the show dancing toghether. 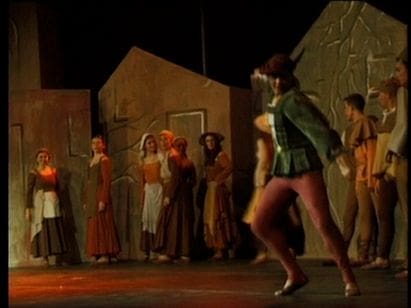 Water Nymphs was premiered on a stage created specifically for an outdoor event, next to the geographical phenomenon that origined the plot of the work: the lake of Banyoles. 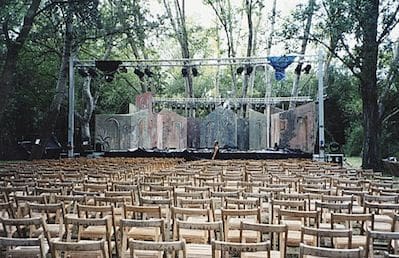 In the final text script, I created the lyrics of the songs, that were very few, and we also had the colaboration from playwright Joan Solana, who, inspired in the original tale of Frederic Corominas "The nymph of Banyoles", recited the text he created during most of the representations of the show. The ballet toured through Catalonia during two long years where Esbart Fontcoberta remained it in production. 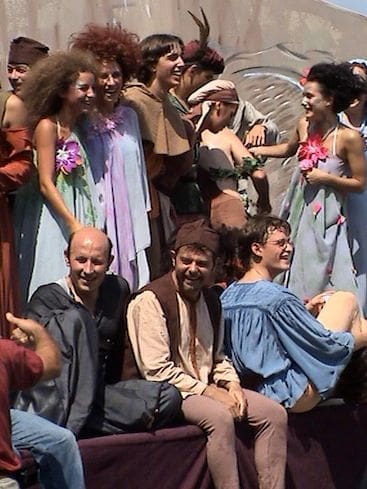