Concert premiered on July 18, 2002 in the Viader Auditorium in Girona.

Concert presented by Martí Gironell around some of the works mades specifically ​​for the program that he directed and presented by Catalonia Radio "El pont de les formigues", my series of works for solo piano called "Instantaneous Music", a set of 90 pieces created and performed specifically by me, and intended to be issued by the waves in his first interpretation.

In this concert, which is why I call it "Music for the waves" recovered 20 pieces of the first series and with them I built this unique musical approach.

Later I created another concert based on this series of compositions: Music for the waves 2 (2005). 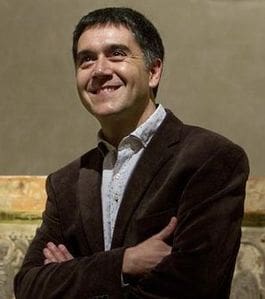