Show premiered on July 19, 2017 at the Teatre Lliure in Barcelona.

Oklahoma is the last edition of Gemma Beltran and Dei Furbi, a company well known for the staging of La flauta magica, a cappella version of Mozart's opera, the Max Theater Prize in 2014. They have also signed montages such as Mozart's Trilogy, where a combination of three Mozart operas was combined into one single piece (The Marriage of Figaro, Don Giovanni and Cosí fan tutte), the Cabaret Asufre, Shakespeare's Men, The Island of the Slaves, Tocata and fugue, Entertainment or Scherzo. 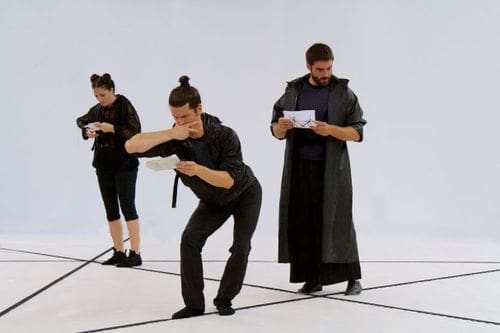